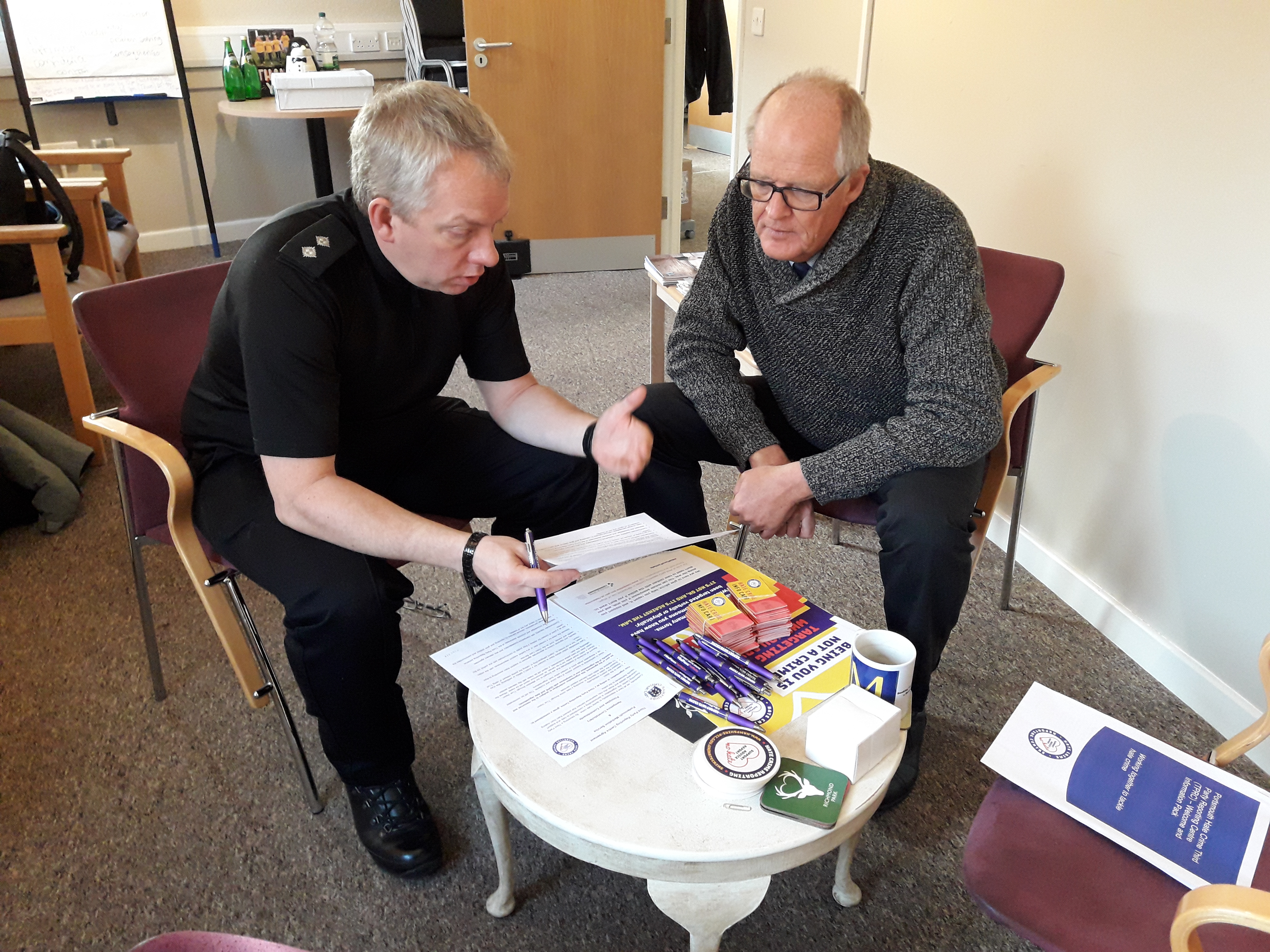 Portsmouth Mediation Service has just signed up as a Portsmouth Third Party Reporting Centre – Here our service manager Steve Rolls is pictured with Inspector Marcus Cator as they discuss the benefits of the scheme for the local Community.

So what is a Third Party Reporting Centre (TPRC)? – It is widely accepted that hate crimes are under reported. Not all victims are comfortable with reporting their experiences directly to the police. Possible reasons for this may include:

Third Party Reporting Centres (TPRCs) overcome these barriers by providing an alternative to directly reporting to the police, without which a number of hate incidents and crimes would never be reported or recorded.

TPRCs emerged following the public inquiry into the police handling of the racist murder of teenager Stephen Lawrence in April 1993. The inquiry led by Sir William Macpherson produced a detailed report (the Macpherson Report) in 1998 which made a number of recommendations. In relation to TPRCs the most important was recommendation 16:

“That all possible steps should be taken by Police Services at local level in consultation with local Government and other agencies and local communities to encourage the reporting of racist incidents and crimes. This should include:

Despite the recommendation only specifically mentioning racist incidents and crimes, TPRCs have evolved and victims of any hate crime can report their experience at the centres.

In addition to being places where victims can report their experiences, TPRCs may also provide additional support to the victim or help signpost them to other agencies to get further specialised support.

Portsmouth Mediation Service is through its restorative approach and vision committed to helping people repair harm and find reconciliation and restoration of relationship following all forms of crime and conflict.