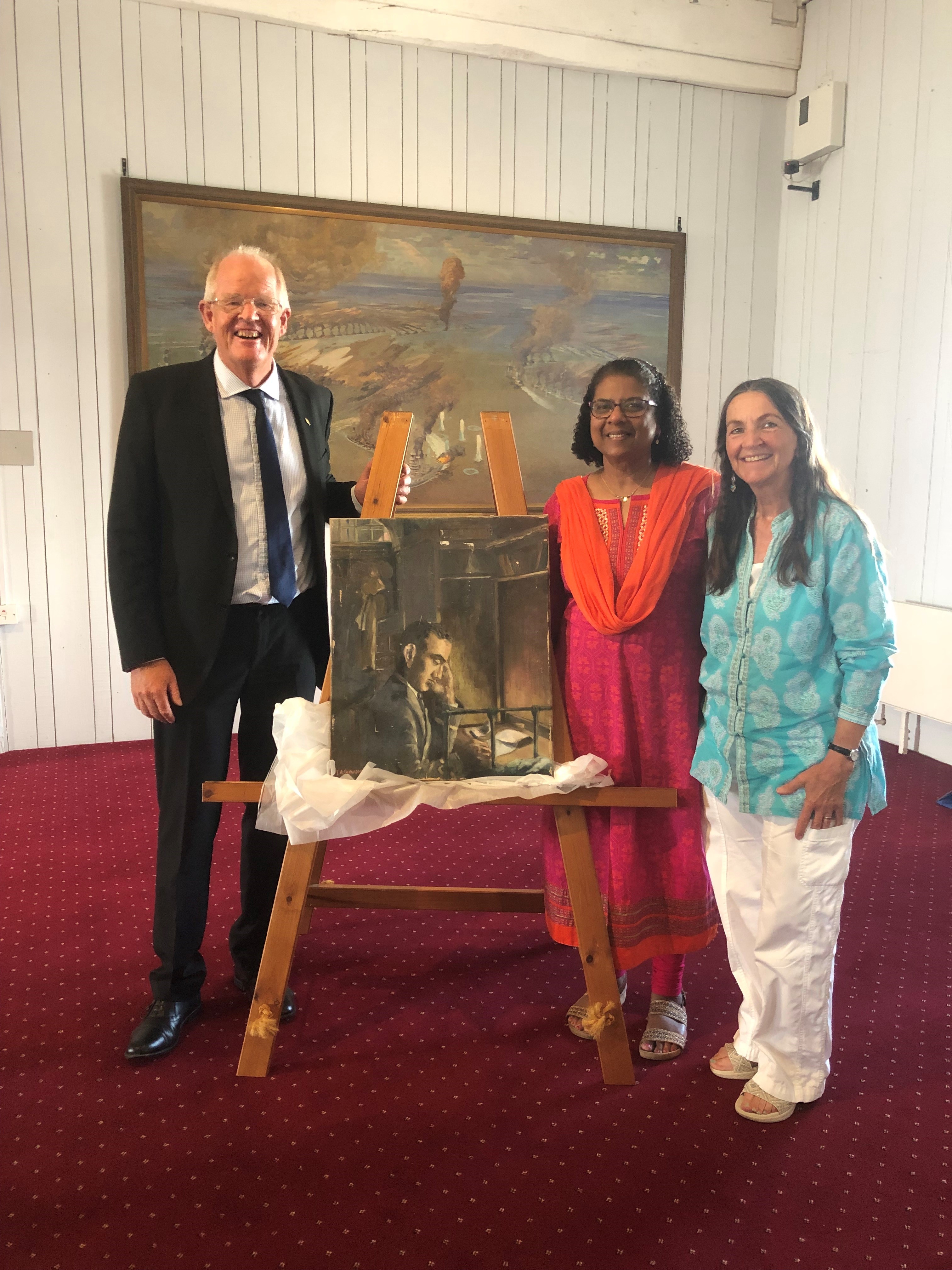 Our Service Manager Steve Rolls is pictured here with Sandra and Lynne from The Chat Over Chai Group at the Princess Royal Galley, in the National Museum of the Royal Navy in Portsmouth Historic Dockyard. The event was a film premiere and featured 3 films that Chat over Chai produced in association with the Royal Navy Diversity and Inclusion Team. The portrait in the picture was behind the story of one of the featured films. Afterwards Steve said “this was truly an uplifting event that premiered three profound films that shone a light on an unrevealed back story. Each film had a restorative and healing outcome and the one with this picture has connected people from across the ocean.” We hope to provide a link to the films soon.